TL;DR - if you are not interested in a brief explanation of the issue introduced by the first build of SilentPatch, scroll down to the Download section for a download link.

Nearly 2 years ago, I released the first version of SilentPatch for Scarface. It was met with a positive response since it made the game playable for many, but… I also messed up.

One of the fixes was to undo the CPU affinity changes the game made to itself, forcing itself to run on only one core. This promised great performance benefits, and it delivered, but it also came at a price: 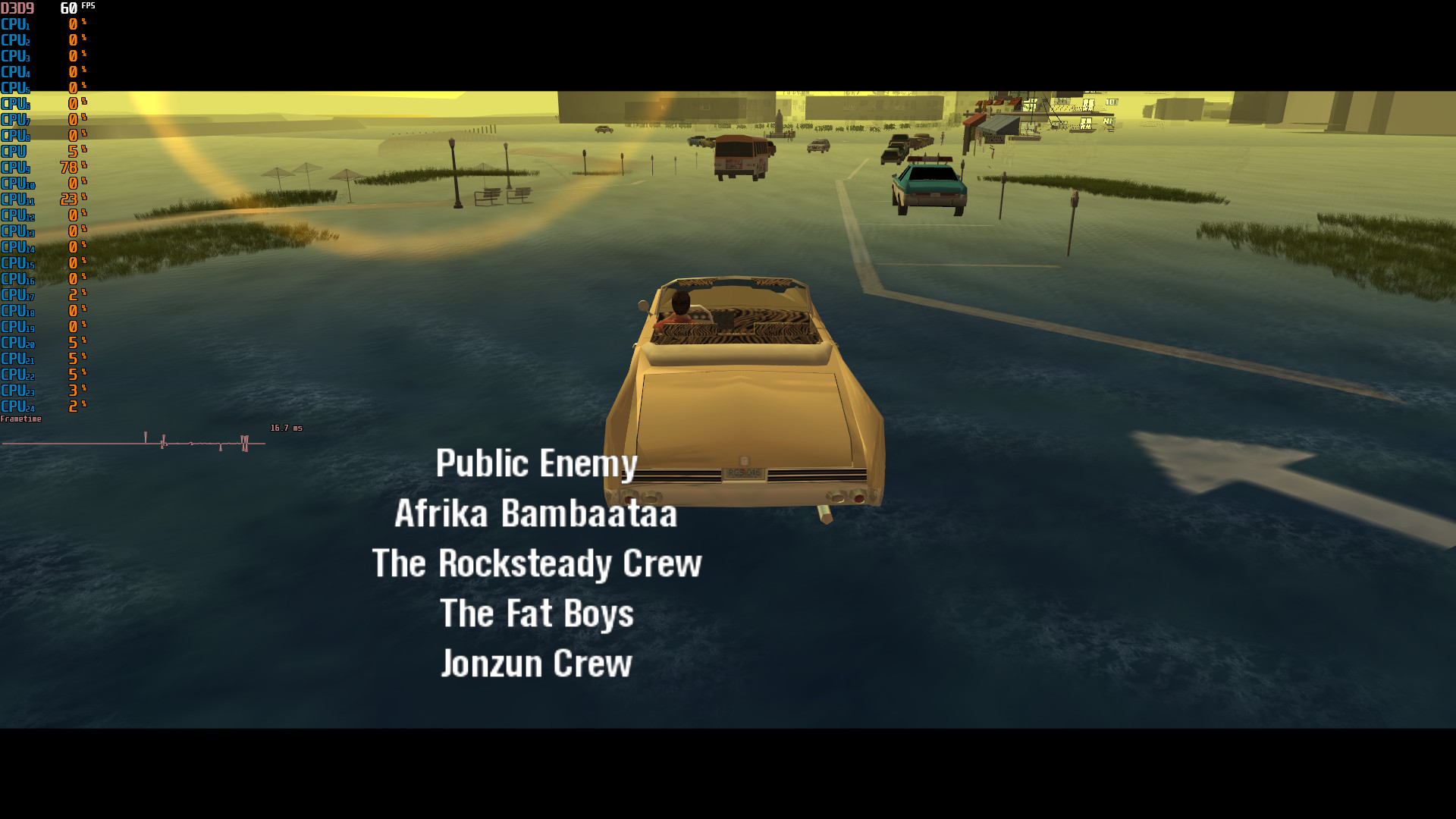 Where did the road go? Oh, looks like streaming has locked up. 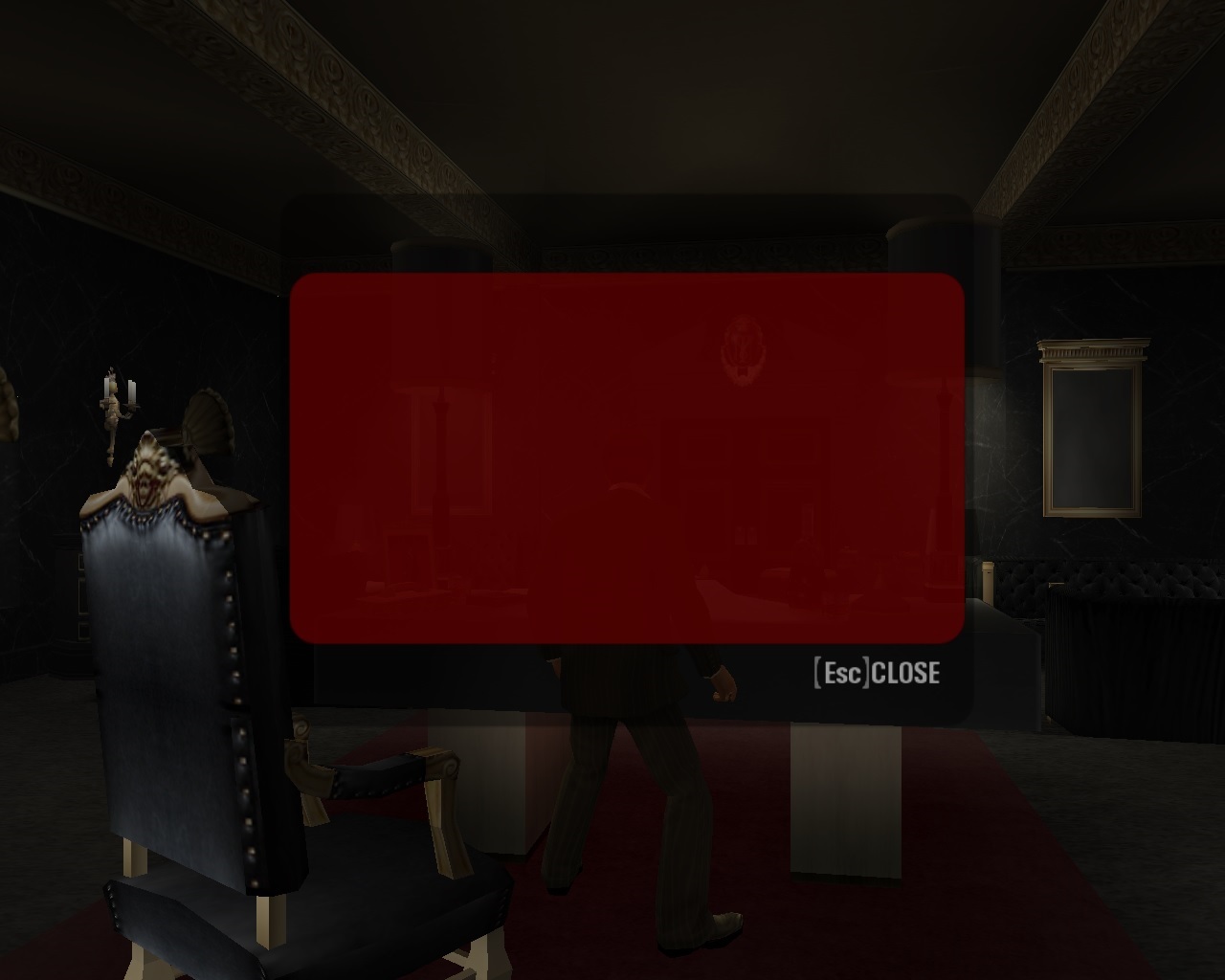 There should be text here, but changing the CPU affinity broke it.

Depending on luck, PC configuration, and possibly also the stars, users would encounter a range of newly introduced issues like:

Turns out, those are entirely on me and they are all side effects of allowing the game to run on any CPU core, opening a Pandora’s box full of race conditions in the game that are probably harmless while contained to a single core, but not as much when it can run on 8+ threads.

However, the alternative (that is undoing that change and confining the game to a single core) is also bad. Here’s Scarface (with CPU affinity locked to one core) running on an i9-12900K, at the time of writing this post one of the best consumer CPUs on the market – it struggles to keep stable 60 FPS even in the intro mission! 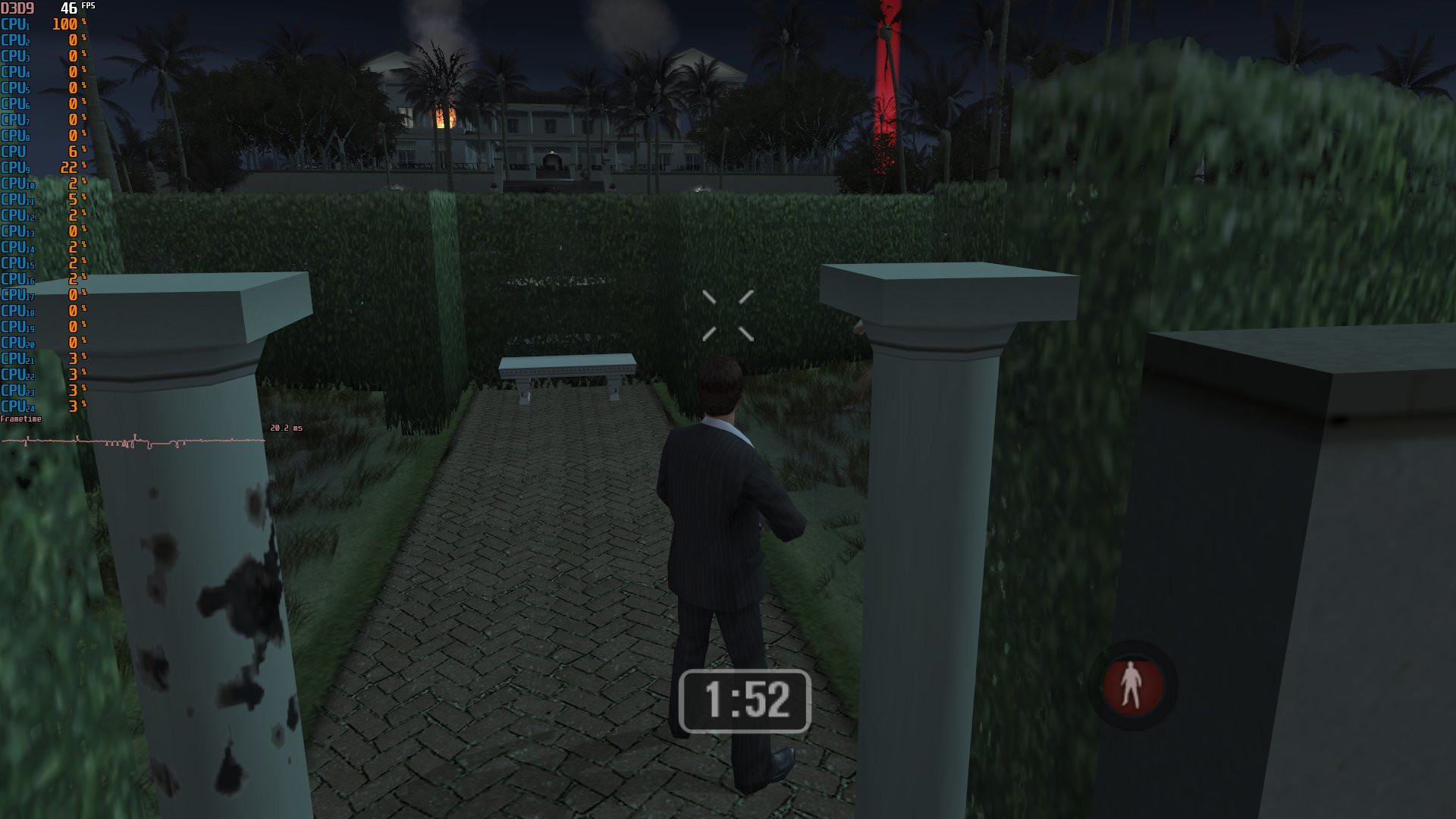 Can we do better than this? Turns out, apparently so. Fast forward from March 2020 to January 2022, CrabJournal submits a Pull Request to a Widescreen Fix for Need for Speed Underground 2. Much like Scarface, UG2 has issues running on multiple threads, and a common fix of changing the CPU affinity decreases performance to unacceptable levels. However, CrabJournal’s idea for affinity changes seems to combine stability and performance. To quote the PR:

CrabJournal added a distinction between threads created by the game and coming e.g. from the system DLLs, drivers, or other third party software. This may not seem like much, but modern GPU drivers create a lot of threads – in my case, Nvidia’s driver creates an entire thread pool for itself, creating over 16 threads alone! In practice, letting all this code unrelated to the game is a huge efficiency win. This approach to affinity is essentially no different from the way Cxbx-Reloaded manages thread affinity.

I integrated a near-identical change to Scarface and sure enough, it seems to work well! On my machine, I previously could reproduce the streaming issue consistently. However, with this change applied, my game is both fast and stable. 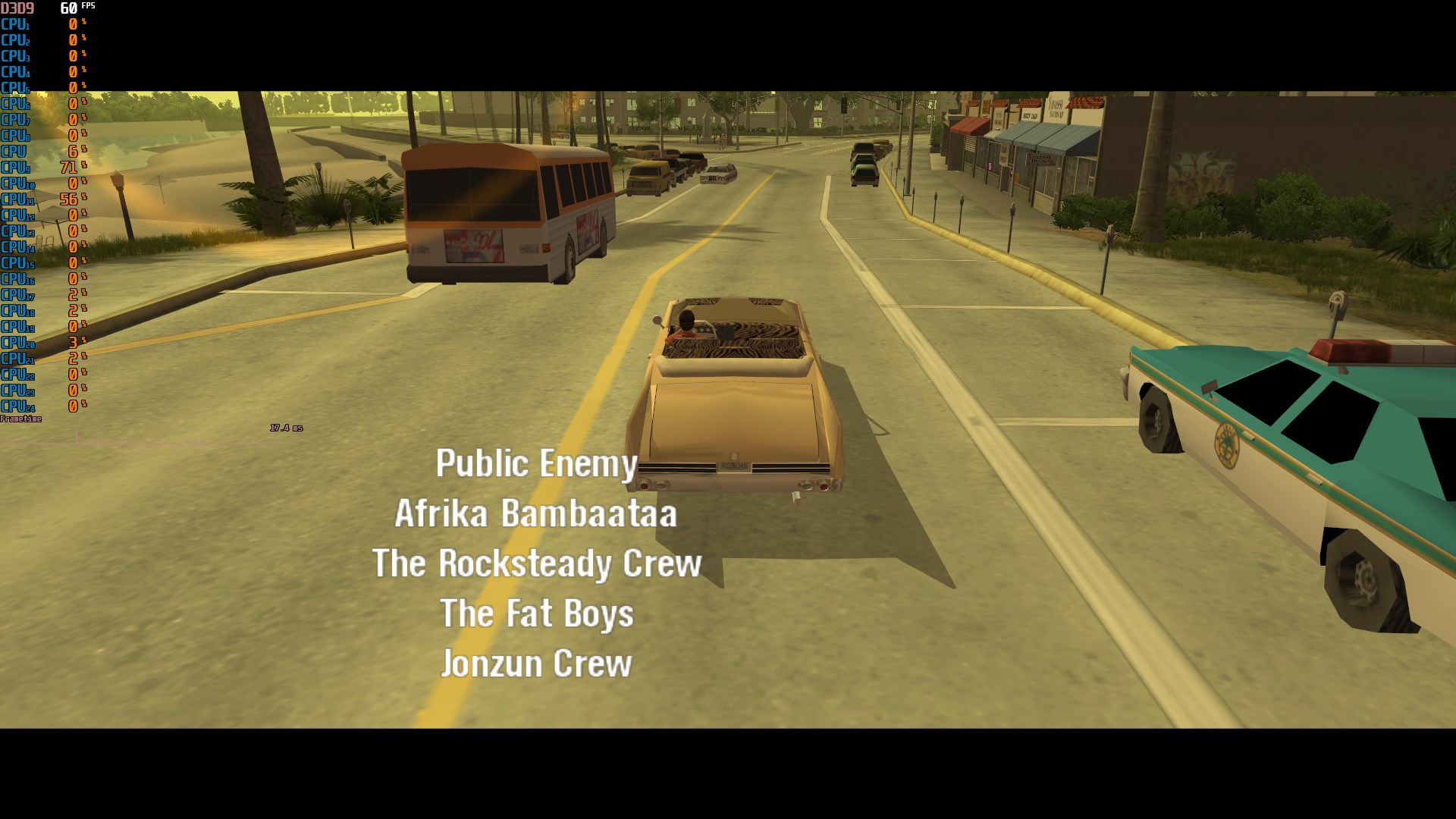 The change was also tested by several users who previously encountered issues. In all cases, the issues disappeared, but I still want to play it safe this time. Starting with Build 2, users can add a SingleCoreAffinity=1 option to settings.ini to opt-out of the affinity changes and revert to locking the game to a single CPU core. This goes without saying, only do so if still encounter issues and suspect the affinity changes are the culprit, as the game may be annoyingly slow when pinned to a single core.

A full changelog of this release is rather short:

The modification can be downloaded in Mods & Patches. Click here to head to the game’s page directly:

Download SilentPatch for Scarface
Upon downloading, all you need to do is to extract the archive to the game’s directory and that’s it! When asked whether to overwrite files, select Yes.