For the past two weeks, I’ve been fixing various issues in Cxbx-Reloaded, the original Xbox emulator. My mini-goal was to get a particular NASCAR game working, and I succeeded in that, getting the game from an unbootable state to very close to playable in around one week. Things were going smoothly until I got a report that one of my changes breaks another game – Star Wars: Knights of the Old Republic. I could not push a change that fixes the game I care about at the cost of breaking others, so I decided to look into it.

The festival of colors

Sure enough, with my PR the game looked hopelessly broken: 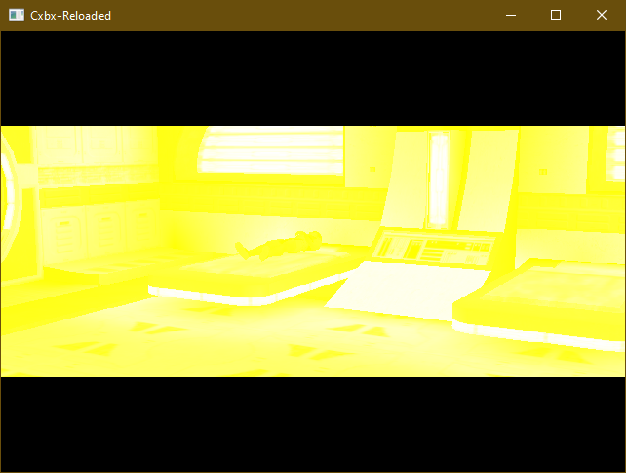 At the same time, I was told that this is some old bug that was resolved a while ago, and apparently, it came back. I didn’t know how it is possible so I assumed I introduced a regression, but then RadWolfie, one of the main Cxbx-Reloaded developers, dropped a very important piece of information:

Using a VS2019 build will produce a green overlay screen in a similar way yellow to an overlay screen. To verify this properly you need to use the VS2017 build. 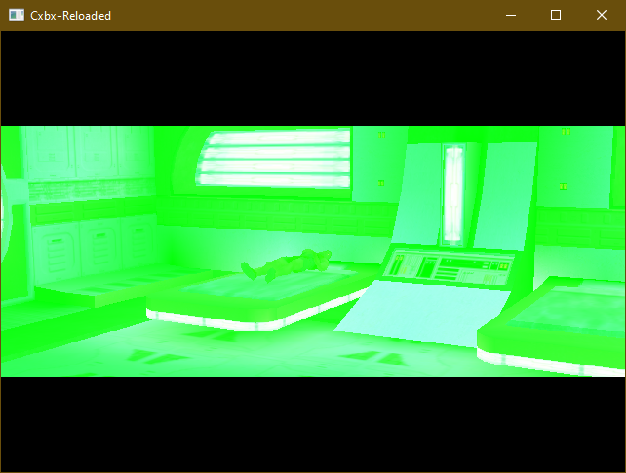 Since it’s a graphical issue, I fired up PIX and inspected the frame. It didn’t take long to find a fullscreen draw whose colors correspond to the artifact visible in-game:

That doesn’t help much, though – I identified the draw but not the reason why it’s miscolored. Since it started happening after an unrelated change, I suspected that some code might be reading past array bounds and interpreting unrelated variables as color; however, a quick check with page heap proved this not to be the case. It could have also been reading past array bounds of a global variable, but shuffling around the variables I modified in my PR also did nothing. A change of approach was needed.

At this point, I decided to instead understand what are those draws and where they come from. The sequence of calls there is quite specific – the code opts to use a fixed-function vertex transformation, then uses DrawIndexedPrimitiveUP to draw primitives from the memory pointer. I could use this information to find such sequences of calls in the log file.

I did not find them, but instead, I found something else – namely, push buffers. I’m not knowledgeable enough about Xbox-specific Direct3D parts to be able to describe them properly, but in principle, they are a concept nearly identical to an immediate mode in OpenGL.

With this info, I went to the code and disabled push buffers completely – and sure enough, the tint is gone: 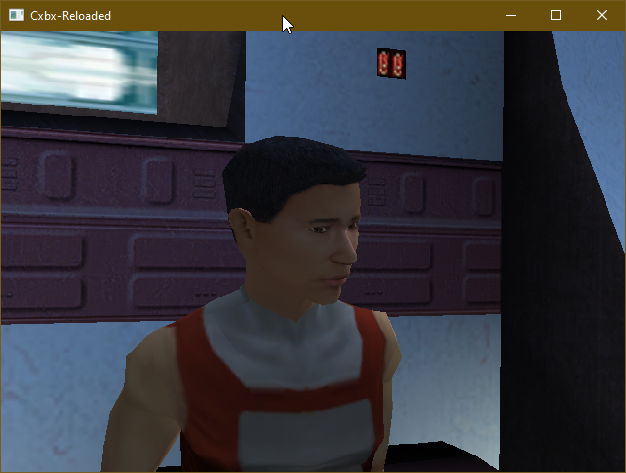 The letterbox is gone too.

Back to the PIX frame – why exactly is the draw producing such results? Checking the output mesh, one of the input values were… suspiciously high:

Those are definitely invalid values.

In the frame capture from a Debug version of Cxbx-R, those were zero – so it’s very likely they are the culprit. Since we know they come from immediate buffers, I inspected the only function which could have submitted them – D3DDevice::SetVertexData4f.

By placing a few carefully crafted conditional breakpoints in this function, I was able to determine that for those draws the game uses a set of 4 texture coordinates of two components each, but updates only two of those texture coordinates. While this might sound counter-intuitive, I’ve been told that this again matches the behaviour of OpenGL immediate rendering, which treats all those attributes as states – setting them once persists them for next vertices, so they are only updated when they need to be changed.

Knowing this, I can inspect the code which puts this immediate data on the final submitted buffer:

If a texture coordinate uses two elements, only two are placed on the buffer – this matches what I could observe in PIX. Some of the values in g_InlineVertexBuffer_Table were interesting, though:

Some of these values are obviously corrupted or uninitialized, but they are still submitted to the final buffer! I again inspected all places in the code updating the IVB table, and other than SetVertexData4f, there was only one other place writing to it:

I don't think those TexCoords are zeroed.

This explains all the differences – compiling in Debug or Release, changing optimization settings, moving code around all can affect the stale values on the stack, and thus change the effects of this code.

Since we cannot change the D3DXVECTOR4 constructor, IMO the best fix is just to replace brace initialization with memset. With this simple change, the game again looks like it’s supposed to! 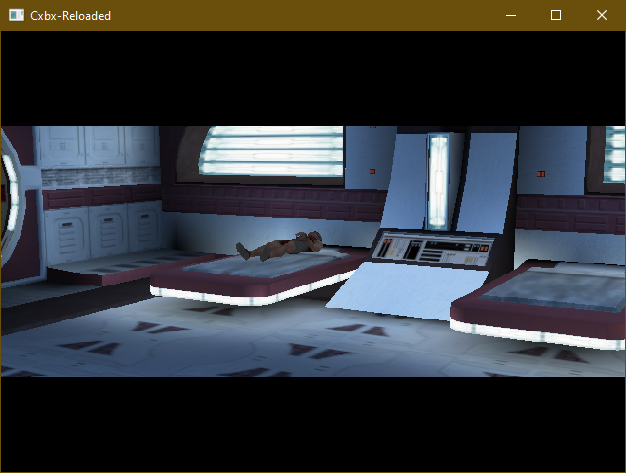 How to avoid such issues in the future? To be honest, it’s not trivial because the code was not “wrong” per se. However, in this specific case my conclusions are:

Everything presented here has been submitted back to Cxbx-Reloaded in a pull request. At the time of publishing this post, those changes have already been merged.